My kids and I like to go up near Trolla and find garnet crystals in the rocks near the water or cliffs. The stone cracks open easily with hammer blows, and dark red garnet crystals spill out. The crystals are in the shape of rhombic dodcedahedra – polyhedra with 12 faces which are rhombuses. The shape is very special, it is the shape you'd get by putting a pyramid on each of the faces of a cube so that the faces of the pyramids are in the same plane as the neighboring pyramids. The resulting rhombuses have diagonals in the proportion 1:√2. A bunch of these crystals the same size would pack together tightly to fill space, which is pretty cool also. Not many shapes will do that. There's lots of other properties of this shape and connections to cubes and octahedra.

Here's some pics during and after one of our hunts: 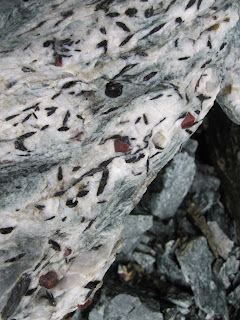 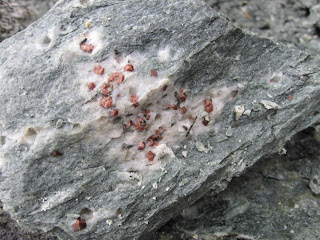 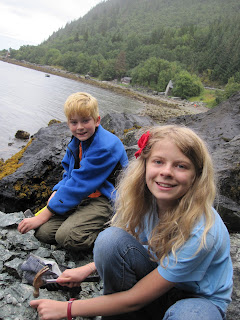 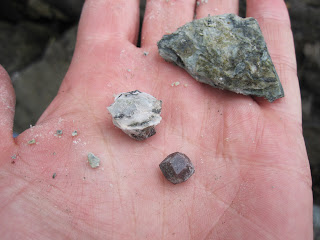 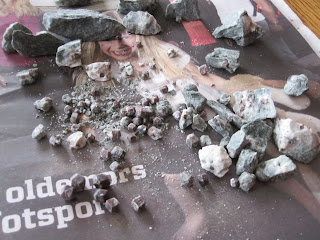